This 1-mile stretch of road will be totally transformed by 7 huge...

A one-mile stretch of road along uptown’s southern edge is about to become the single busiest spot for development in uptown, with seven major projects underway or about to begin next year.

Stonewall Street, stretching from Bank of America Stadium to Interstate 277, is in the early stages of a complete transformation. While other development hotspots in the city might cover more area or include a higher total number of residences (Think of the cluster of three major mixed-use projects at Providence Road and Interstate 485, for example), nowhere else in the city will there be as many high-rise projects of different types underway at the same time.

Here’s a look at what’s coming:

Now, the site has been scraped clean, with workers crushing the last pieces of rubble into fine gravel for use in construction. Lincoln Harris has been tight-lipped about plans for the site so far, but preliminary documents filed with the city indicate the site will be home to a major new mixed-use development that will include at least 1 million square feet of office space. (For comparison, the Bank of America Corporate Center is about 1.4 million square feet.)

Across the street, on the opposite corner of Stonewall and Tryon streets, Charlotte-based Crescent Communities has started site work for Tryon Place, another mixed-use development that will be anchored by an office tower. The company has torn down a former Goodyear auto shop on the site.

“While technically underway with the site’s demolition, and soon remediation, we are still on track to begin construction on Tryon Place early next year,” the company said in a statement.

Next to the Westin hotel on Stonewall Street, Atlanta-based Portman Holdings is building an 18-story office tower. The 372,000 square-foot building is set to open in the spring, with Regions Bank, the first tenant, leasing 64,000 square feet.

One block down the street, Crescent is well underway on Stonewall Station, set to open in 2017. The mixed-use project is anchored by a Whole Foods that will connect directly to the Stonewall Street light rail station. The development will also include 450 apartments, with one building reaching 22 stories, and a pair of hotels with 300 to 350 rooms (The brands haven’t been announced yet).

Across the street from that, Charlotte-based Northwood Ravin plans to start work later this year on a new development at Stonewall and Caldwell streets. The site, currently a blank mound of dirt, will include a 20-story high-rise and a mid-rise building totaling 421 apartments, 12,000 square feet of office space and 8,000 square feet of shops and restaurants.

And next to that, Charlotte-based Proffitt Dixon is planning to start work in the first quarter of 2017 on a new, six-story apartment building at the site of the now-shuttered Actor’s Theatre. Early plans show the building would include 300 apartments and up to 10,000 square feet of retail space.

Adjacent to the Actor’s Theatre site, the Mecklenburg County-owned Bob Walton Plaza office building is set to be redeveloped. It’s part of the $683 million Brooklyn Village plan, in which the county is selling 17 acres in Second Ward to development group BK Partners. The Bob Walton Plaza building should be vacated by 2018, though that timeline could be sped up.

The 5-acre Bob Walton Plaza would become “Brooklyn Village South” under the preliminary plan submitted by BK Partners. That portion of the development would include 395 apartments, 506,600 square feet of office space, 106,800 square feet of shops and restaurants and 130 hotel rooms. BK Partners and the county are still negotiating the final terms of their agreement. 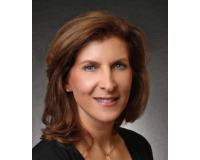 33 years of Experience in Real Estate PROFESSIONAL EXPERIENCE Having a 22 year background in the Home Building industry and 14 years with RE/MAX, Karin has a strong knowledge of construction, mark....

3 Questions Every Home Buyer Should Ask

3 Questions Every Homebuyer Should AskMarch 26 2019Want to take the pain out of homebuying? Keep your lifestyle priorities top of mind.If you’re planning to buy a new home, there’s great news:

Dream Destinations: 25 Places to Retire, Relocate, Relax We’ve rounded up 25 of the dreamiest places to retire, relocate, and relax from the mountains to the coast. written by OUR STATE

7 Personal Finance Lessons from the Government Shutdown by Trent HammUpdated on 01.29.19  The government shutdown is over. Government workers have returned to their jobs

By registering, you agree to our terms of use and that real estate professionals and lenders may call/text you about your inquiry, which may involve use of automated means and prerecorded/artificial voices. You don't need to consent as a condition of buying any property, goods or services. Messages/data rates may apply.